Viewability vs Attention… the battle of the measurement methods

Hello, hi there and welcome. If you’re reading this, and you’re keen on finding out more about one of the great seachange moments the digital industry is currently experiencing – and no, we’re not talking about the interminable death of the cookie (for once) – you’ve come to the right place. We are, of course, discussing the way ad performance is measured, more specifically: the move away from viewability, and towards attention as a standard method of analysis.

You see, ever since verification guidelines were introduced by industry trade groups, viewability – whose heritage is traceable to 2007 – has been a go-to method of measuring campaign performance. The problem is, that was a long time ago, and in the fast-moving world of digital marketing much has changed in the intervening 15 years.

Historically the industry has relentlessly chased metrics such as CTR%, without ever fully understanding 100% of the delivered media’s value. The result is that these limited metrics, of which viewability is a key mover, only provide a limited snapshot of campaign performance. Attention is changing all that – here’s how.

Before we get into the nitty-gritty of it, let’s make sure we’re all on the same page with our terminology. First up, viewability. Put simply, viewability is a metric used to measure ad impressions that meet certain industry standards for time on screen (as decreed by the Media Rating Council). This ensures the ads have been seen by an audience. The minimum requirement for an ad to be rated viewable is one second of time in the browser window, assuming at least 50% of the creative is viewable. Simply put – viewability shows if we are able to see an ad.

What is attention, how does it work, why is it important?

Attention works differently and offers a far more nuanced, holistic view of campaign performance. That’s because rather than focusing on a simple view or click it’s about analyzing the interaction of an audience with the ad, and measuring the creative and format’s impact. It also measures: an ad’s screen real estate, video completion rate, aggregated time on screen, audibility and interaction rates (among other metrics.) This suite of measurement metrics helps advertisers understand at a granular level the quality of audience engagement and interaction with an ad campaign.

If any further evidence is required that attention is the metric to back, how about this: recent studies have shown that attention is three times better at predicting campaign results than viewability, but also that viewability drivers such as position on-page and format size can actually negatively influence attention results.

So, attention is very much the v2.0 of campaign measurement and ad performance. It lets marketers know exactly how an audience feels about an advertisement and lets them know how that audience engages and interacts with the creative. In stark contrast, viewability is at risk of becoming a gamed metric, and a race to the bottom as tons of small ads are stuffed into web pages, designed only to appeal to viewability metrics.

Creativity at the core of high impact advertising

Now that we know the difference between viewability and attention, you’re probably wondering how best to produce ads that gain fantastic attention metrics. Well, luckily for you it’s an age-old answer: fantastic ad creative. And nothing does crack creative quite like high impact units.

These large, colorful, rich media formats are designed to let brands express themselves through emotional, engaging digital storytelling. They come in various shapes and sizes, including (but not excluded to): skins, various scrollers, video expanders and social units, and put creativity at the heart of every campaign. They also work… really well. Recent studies have shown that high impact formats can perform an astonishing 45x better than standard display ads, and achieve 10x the attention performance of viewability.

Don’t take our word for it - how about some evidence?

As with everything, the proof is in the pudding, and recent attention studies carried out between various Adnami clients and measurement agency Lumen Research (using advanced eye-tracking technology) reveal the true power of high impact in seeking attention.

How to get started

So, there you have it. Attention’s potential combined with the creativity of high impact ad formats creates an intoxicating partnership that truly pushes the boundaries of what was considered possible by marketers until very recently. We’d love to explain more about what Adnami can do for your business, so why not give us a shout to see how far we can take your next ad campaign. We promise you won’t regret it. Fill in this form to get started, or find inspiration at ourAd Experience Centre. 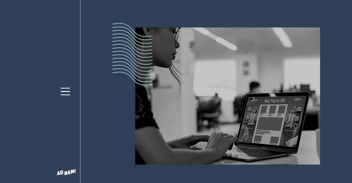 Eye-tracking findings emphasises the importance of...

High impact formats drive up to 72x more attention than standard display, as report confirms the importance of premium... 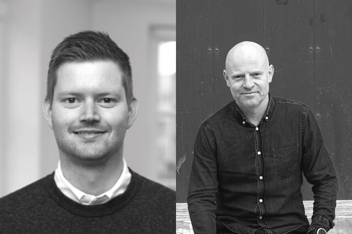 How attention metrics are putting advertisers back on the...

(This Q&A was originally published at Mobile Marketing Magazine, find it here).