The adtech world will remember 2021 for many reasons. Tasked with shuffling the pieces of a pandemic-hit industry into order, and bravely facing the future with uncertainty but hope, much has changed in the past year. High impact advertising has truly come of age, achieving up to 40 times the attention of traditional banner ads, and we have seen the pendulum swing back in favour of creativity over targeting, as the industry prepares for a cookieless future in 2022.

More broadly, data has become a hot topic as consumers increasingly demand transparency as to how their information is used, and AI has made it mainstream, taking the strain when it comes to mundane, repetitive tasks but freeing up employees to focus on creativity and strategy.

So, as we move into the final stages of 2021 and look expectantly towards the new year, let’s take a look at the trends we think will play a part in 2022.

Now, let's dig a little deeper into each one of them... 👇

When the latest major update to Apple’s mobile operating device (iOS 14.5) launched in April 2021 it introduced more than just a few new emojis and a Siri update. App Tracking Transparency also made its debut, a feature that allows iPhone and iPad owners close control of which apps are allowed to “track activity across other companies’ apps and websites”. Users now have control over how their data is used by third parties, such as Google and Facebook, to target ads.

Statistics suggest only 6% of users have consented to being tracked in this way, which has made in-app tracking and retargeting extremely difficult, and we expect this trend to continue into 2022. The effect of this has been significant, with the Financial Times claiming the biggest names in social media (Twitter, Facebook, Youtube et al) have lost up to $10bn since the full implementation of Apple’s App Tracking Transparency policies. Facebook has passed on this loss to brands, and it's now 33% more expensive than it was in 2019 Q3 to achieve the same results with the SOM giant.

As a consequence, this is forcing advertisers to rethink their planning in two ways: firstly, advertisers will look for alternative digital channels to make their ad spend work harder, and secondly: advertisers will prioritise brand advertising over direct response.

Next year, we believe that high impact advertising will make it fully mainstream, as companies become aware of both the format’s possibilities and stellar performance metrics. With the 2018 advent of GDPR, and the demise of the cookie next year, advertisers are having to swing back toward high-quality creative over data targeting to reach consumers, and high impact does creative better than any other digital advertising format.

The effect on branding is significant across the various digital platforms, and research suggests that high impact adverts achieve ten times the ‘attention’ of standard digital ad. Furthermore, research by the Nielsen Institute concludes that advertising creative contributes 56% of generated sales, so clearly a trend leaning on exciting creative and high impact formats is developing. In 2022 we will also see high impact advertising positively impacting local media, as advertisers really get to know their consumers and build on their relationship with this audience through relevant, exciting, creative ad campaigns.

The walls of the SOM giants’ gardens suddenly don’t seem so high, and we predict this new emphasis towards a creative, diverse advertising landscape will become increasingly prominent as we move into 2022, and that can only be a good thing for the consumer and advertisers focusing on exciting, creative approaches with their ads.

With soaring CPM cost and weakened targeting, the appeal of advertising with SOM giants has taken a hit, so companies are looking elsewhere to get value for their advertising dollar. Many advertisers are turning to programmatic display and video ads, and in the US alone digital display ad spend is on target to reach $79.6bn in 2021, up from $63.3bn last year. Globally programmatic is also on the charge, with spending 20% up this year compared to 2020. Other winners include Connected TV (CTV), which has seen a 50% YoY increase in global programmatic ad spend in the last few years, while others are leaning towards the increased exposure audio programmatic can offer.

With soaring CPM cost and weakened targeting, the appeal of advertising with SOM giants has taken a hit, so companies are looking elsewhere to get value for their advertising dollar.

Sustainability and diversity is on everyone’s agenda, and is a particular focus for young generations. A significant 62% of both Gen Z and Millennials say they prefer buying from sustainable brands, with the former willing to pay more for environmentally friendly products. With these two groups representing the biggest consumer demographic in the world, it is important to hear what they have to say. We believe that in 2022 socially responsible advertising practices will come under increased scrutiny.

Socially responsible advertising comes in many forms. Spreading awareness of societal issues via promotions, using and promoting recyclable packing, giving money to charity and engaging in Corporate Social Responsibility marketing (where a company’s charitable work is combined with its marketing campaigns) are good examples. Activewear retailer Patagonia is known for its eco-friendly corporate philosophy, and in 2020 the company ran a large ad campaign in the New York Times with the message “Don’t buy this jacket” to address excessive consumerism. Patagonia has also announced that they are donating every cent of their Black Friday sales ($10 million!) to grassroots non-profit organisations in order to help save our planet.

But it’s not only about the creative and the messaging itselves, running a good spread of ads with content producing media companies who serve the public with accurate, honest information will become increasingly important. Diversity within media planning will also become a hot topic, as advertisers ensure they buy media that is orientated towards the full spectrum of political, sexual and racial groups (among many others) that might traditionally be considered a minority audience.

62% of both Gen Z and Millennials say they prefer buying from sustainable brands, with the former willing to pay more for environmentally friendly products.

Audio has been late to the programmatic party and, while it isn’t as mature as the display/high impact ad sector, it is making up for lost time. Perhaps the slow start is reflective of user trends. According to Mediatel UK, podcast numbers have exploded in the last six years: in 2015 one per cent of the population listened to a podcast every week. By 2020 that number was 18% (double that of 2019) and today the UK public listens to 60 million hours of podcasts every week an astonishing 16 times the 2015 figures. In general digital audio and streaming has increased dramatically over the last few years, aided by the pandemic as people search for fresh forms of entertainment. We predict this medium’s boom to continue, with advertisers attracted by the strong recall, purchase intent and action metrics that audio can achieve. This is particularly the case with podcasts, which are a rapidly expanding channel, but brands and agencies should also be considering music streaming services, audiobooks and digital broadcasting formats such as DAB radio. 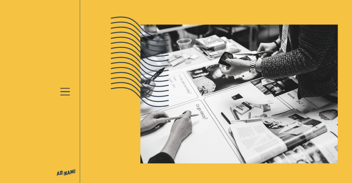 A great format can’t save a bad creative

This blog article is written by Adnami's CEO Simon Kvist Gaulshøj and was originally published here on... 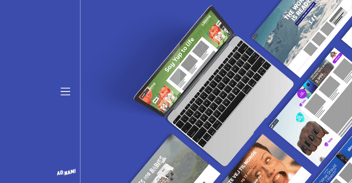 Look to the top of the funnel, marketers– long-term brand...

There’s a gentle yet critical shift in the digital advertising world that is beginning to make some serious waves. Any... 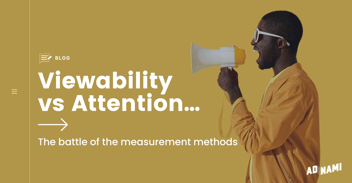 Viewability vs Attention… the battle of the measurement...

Hello, hi there and welcome. If you’re reading this, and you’re keen on finding out more about one of the great...